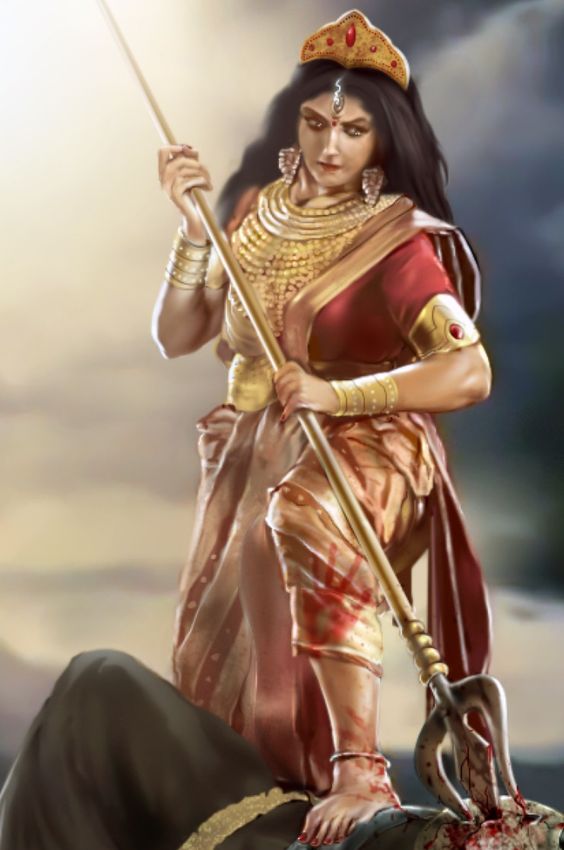 “Mother & Motherland Are Superior Even To Heaven”

A noble sentiment attributed to the Rsi Bharadwaj ; and which is rendered further marvelous – to my mind, anyway – when we consider some of the implications of the Sanskrit word-choices used in its construction.

For example, Janani has at its Sanskrit root, “जन” – a term which also encompasses within its ambit of meaning, words for “nation”, “community”, “tribe”. Also, as it happens, from the same Proto-Indo-European root (Genh) which gives us “Genius”. It has also entered into modern Hindi in the sense of a “Cause”; and, Maternal connotations in mind, a Source, as well. A closely related term, जनन, in Sanskrit not only means Queen, but also “solidarity”, “life”, as well as that thread of a united-by-causation, in the hereditary sense that we see in Jana, above.

The “Mother” referred to here, then, is intentionally phrased thus *precisely because* this shows us that the Mother in question is Nation; and that Nation, wherein one is expressed [to reference me some Hannah Arendt, also], and from whence one comes, to whom one belongs, is both Above All, and not entirely coterminous with the concept of the *land* underpinning same.

Indeed, it is a supernal entity – Whose constituent bearers [and somewhat immanentizers] out here in the material world, the housers of the small-ish shards of that mighty Prakriti , are Her Children, the Members of Same.

[I have also left it intentionally somewhat ambiguous as to which sense I meant “Cause” in, above – and this is because while it would ordinarily be understood as “Causation”, the fact is that a “Cause” in the modern sense of “something which one believes in”, is also *hugely* relevant here. And, in a veer-y real sense, is also the *causation* of one’s actions, if it is gen-uinely, truely, dearly held and believed with/in]

Now, Bhumi, which stands at the root of the ‘Janmabhumischa’ utilized in the maxim, is similarly complex. For while in one sense, it can mean the ground, the territory … in another, broader [yes, this is an Old Norse somewhat theological pun], it can mean the Earth, particularly Earth Mother; and in a narrower sense, means the Stage, or even a role, a guise, a part assumed by an actor (Or, in this case, actress); and, further, a “foundation” upon which to build.

So, in terms of its utilization here, we see ‘territory’, this stage of the earth, as the grounds upon which the drama of nations and nationhood is carried out … the role of Mother Nation is also one face worn by the Goddess in question, that of Mother Earth another, and ‘Mountain Mother/Mountain Queen’ a linkage between the two [as I considered at some length in my last year’s Indian Independence Day article].

Meanwhile, the land, the territory, its topography and terrain, its essential characterization [anthropomorphicized, and/or otherwise], provides the ‘foundation’ upon which a Nation and its expression are ‘built’, formed, moulded, “realized” (in both senses of the term).

Once again, we have the Divine Synthesis of Prakriti & Purusha – the Bhumi in question interestingly being the *latter* in a certain sense; although it is also considerable that the ‘spirit’ of the land entering into and expressing itself thence through the medium of the People, is a valid perspective and construction ‘going the other way’.

A final element to consider, literally in terms of linguistics is the utilization of Bhumi to mean “tongue”, or “story” – for, as I noted in my recent piece on Language, Frantz Fanon really was onto something with his observation that “to speak…means above all to assume a culture, to support the weight of a civilization.”

Emil Cioran put it slightly differently – “One does not inhabit a country; one inhabits a language. That is our country, our fatherland – and no other.”

A Nation, properly construed, is *both* … a territorial body, a country, a state, *and* all the “cultural” elements, the ‘bringing together’ which constitute the essential *soul* and psyche of its people, indeed the very fact it has a ‘people’ at all [rather than, say, ‘tenants’, or ‘tourists’, or others who are just simply passing through].

And, it is also the case that a language is strongly conditioned by and flows out of, the mouths of the people who speak it, their situation geographically and metaphysically. How we construe things is hugely influential upon what our resultant lexical contents shall be. What we encounter in the immediate environs around us, is also a big influence upon how we construe things.

Cioran’s quote is, therefore, not entirely true – as the language flows also from the context, the ‘fatherland’ [or, at least, the civilizational complex] from whence its bearers are to be found.

It does, however, most definitely continue to support and underpin and above all [there’s that phrasing again] *uphold* the Nation, to arcen back to that Fanon quote, in an irreducibly complex cycle of mutually interleavened growth-and-support.

The Tongue as ‘stage’ upon which Stories are played out, expressed.

“Myth” as the essential mortar and ‘Mythaloka’ – stage, realm once again, wherein a Nation *can* exist. Especially, particularly, supernally. [And, in case you have forgotten – just because it’s a “Myth” doesn’t mean it’s not “true”. It simply means that what underpins its resonance is a *different kind* of true. A far *deepa* kind of “real” , often that shall be around *long after* a lot of the more ‘mundanely real’ concepts are ash and archaeology.]

Small wonder, then, that the Macaulays of this world realized that you could seriously attempt to ‘erase’ a people largely through erasing their contact and context with their own language, culture, heritage in those spheres – and thence do within a few generations what an invading army might take hundreds of years to fail at.

Such is the power of language.

Although this also takes us to our conclusion.

Language, as I have briefly talked about in some of my previous efforts, is Supreme. Vak is correlate with Rta, as an in-universe expression, thereof. Vak, as Originator of, and transcendentally *above*, not just ‘nations’ down here on Earth, but the universe entire and at large … well, this therefore means that the Mountain Peak of Parvati-Devi, ascends up and through and beyond Svarga-Loka.

Supreme is Devi above all !