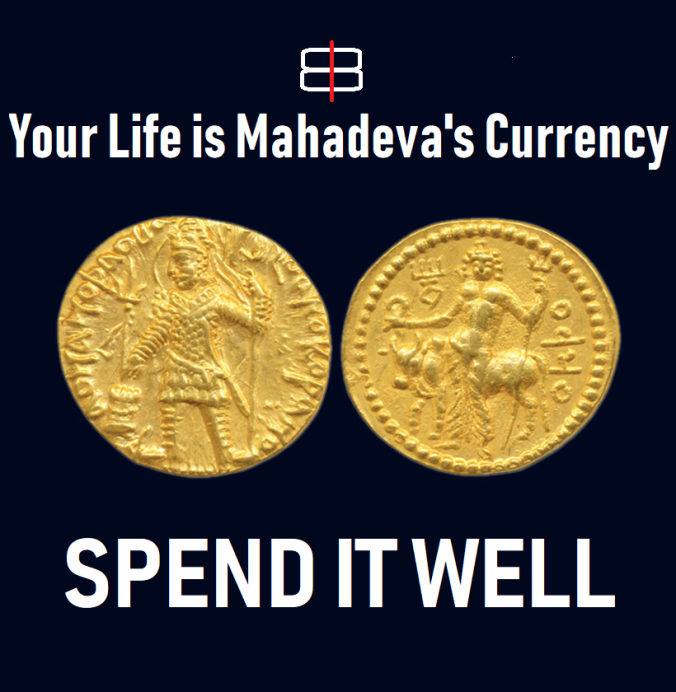 “The coin in question, if you were wondering, is a Kushan minting from the reign of King Vasudeva, also a Hindu convert.

Depicted on the right is Shiva with Nandi, and on the left, ‘Oesho’ – “Ishvara” [‘God-Emperor’], another Epithet [and cosmological Function] of Mahadev, although also possibly [contingent upon which etymological theorizing we are going with], a linguistic re-merging of “Vayu” and “Shiva/Ishvara” [Vayu, Vayu-Vata, – the Wind God [and of potential etymological, as well as obvious mythological, linkage to Odin] – *also* being a Form of Shiva]