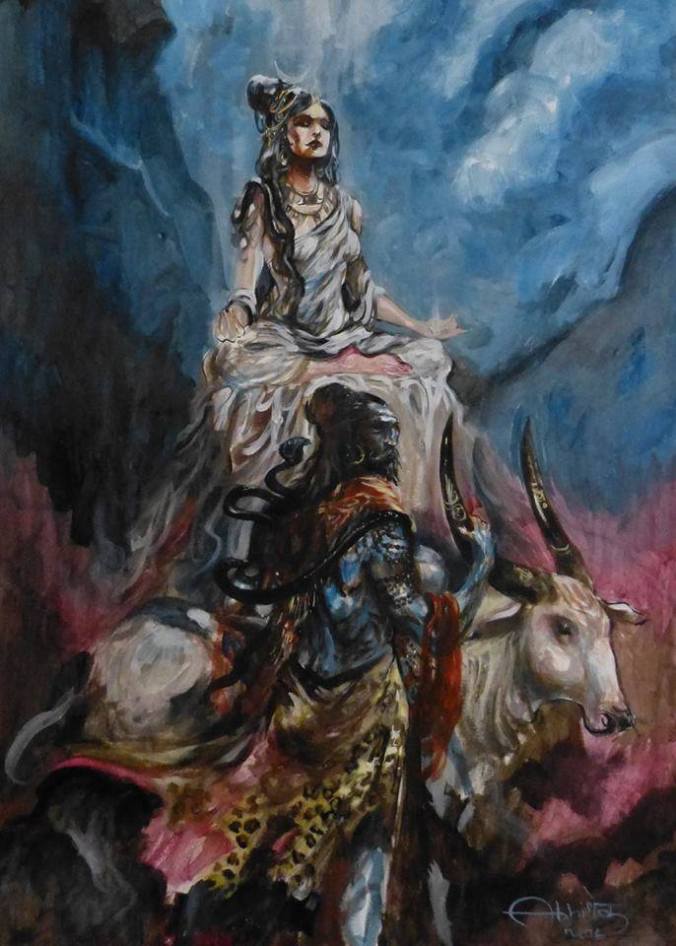 Tonight marks the most important Shaivite holy-“day” of the year. Maha ShivRatri – the “Great Night of Shiva”.

Various sources give slightly differing accounts as to the mythic significance and origins of the Night’s place in our religion; with two of the more prominent being that it commemorates the reunification of Lord Shiva and Lady Parvati [depicted above] in marriage following the latter’s reincarnation after the events of the Daksha Yajna Nasha, or that it marks the occasion each year when Lord Shiva Nataraja performs the Tandava – a cosmic dance whose rhythms and motions are keyed to those of the universe itself [seen below]. 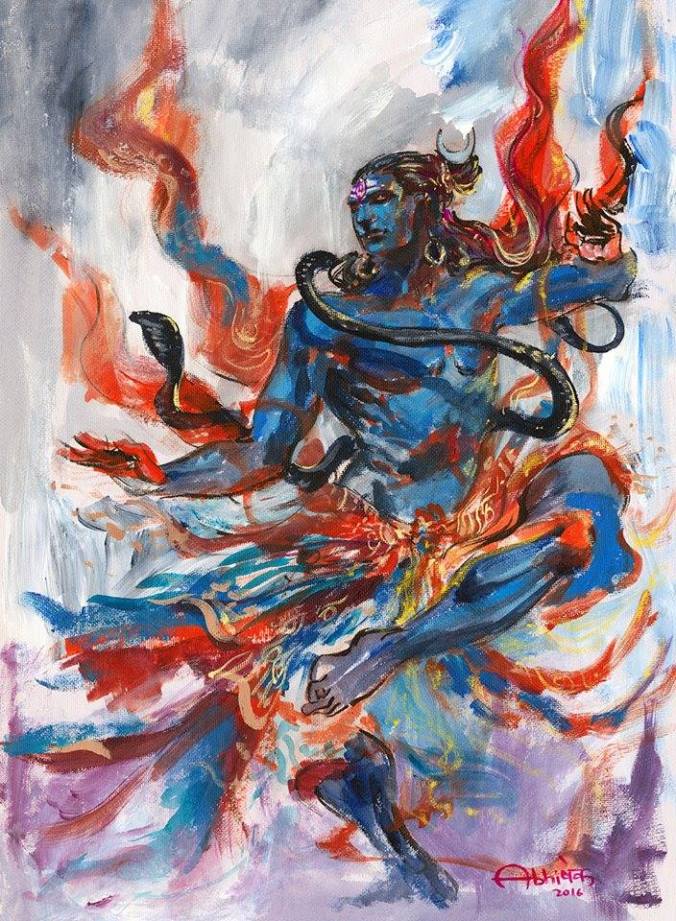 The forms of observance we carry out on this night will vary from region to region, sect to sect, and the individual preferences of the Devotee. In many places, it is customary for the more ardent to carry out a Jagraan – an all-night vigil, replete with the singing of hymns, chanting, regaling of Shaivite legends, and frequent offerings of Milk on the Lingam. I was fortunate [bilingual pun there] enough to be able to participate in just such a Devotion last year at my local Mandir [finally leaving a little after six in the morning at the end of proceedings with sunrise], although perhaps because it’s a weeknight, Mandir’s shutting at Midnight tonight this year.

It’s also frequent [as one would expect] to see dance being performed, the mass-carrying out of RudraAbhishekam, and in some places, the rather substantial consumption of cannabis [Shiva being a renowned connoisseur of the drug; and Shaivite Sadhus also making frequent use of it in the course of their activities].

In places [chiefly the northern regions] wherein the marriage of Shiva and Parvati is held to be the inspiration for the night, you might also see a Marriage Procession being carried out for Mahadev known as a “Bhole Ki Baraat”. This builds from the traditional element of a Hindu marriage ritual wherein a Dulha [‘Groom’] will ride as part of an armed procession [Baraat] to the residence of his prospective Dulhan [‘Bride’], which is referenced in the mythology of both Shiva and Durga in the instance wherein Lord Shiva turns up at the gates of the palace of King Himavat [the Lord of the Himalayas] accompanied by His (Bhuta)Gana – the Retinue of Lord Shiva comprised of all manner of ghosts, fiends, and wild-looking Shaivite Holy-Men [compare the Einherjar of Odin] – with a view to marrying Parvati, causing quite the terror and consternation in His prospective father-in-law due to .. well .. an army of undead and demonic-looking aspect turning up on your front door-step. The terror, of course, being dispelled when Mata JI assumes the ChandraGhanta Aspect of Durga and helps Her father to see Mahadev as He is in His Grandeur, thus allowing the Marriage to successfully proceed

Of course, Nepal being Nepal … they arguably go a bit higher than the lower-key [relatively speaking] processions of Shaivites who may or may not be dressed as the aforementioned Army of the Undead … by having the actual Nepali Army [whose official ensign features the Trishula and Damaru of Mahadev] performing a parade in His honour; alongside the arrival of *literally hundreds of thousands of Hindus* at the Pashupatinath [‘Lord of Beasts’] Temple-Complex in Kathmandu.

Among their number will be thousands upon thousands of Shaivite holy-men, many bearing tridents, drums, and wild hair in imitation and resonistic synchronicity with Our Lord. A fair number of them will also be walking amidst billowing smoke from both cannabis and fire-offerings [and it amuses me every year when the Nepali police issue a statement in the run-up to Maha ShivRatri stating they won’t be enforcing the country’s American-imposed anti-drug laws against the Shaivite Saints and Sadhus in attendance – nobody, one supposes, wants to arrest a holy-man]; which further recalls a number of the epithets and adjectives by which we understand Lord Shiva.

All in all, an amazingly impressive sight – and one that, one day, I hope to be present for.

But for Tonight .. we’ll be down at Bharatiya Mandir from this afternoon through the evening until Midnight, and then head home where I’ll continue my devotional activities [as I do many nights, as it happens] through to the morning.

Although perhaps not with the dancing [and definitely not the cannabis-smoking] that a much younger me would have previously been engaged in for the occasion.